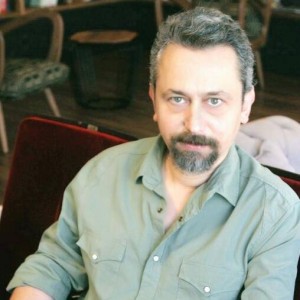 Yavuz Hakan Tok was born in Artvin, 1969 and despite being a son of a family from Istanbul, his childhood passed in different cities of Turkey because of his father’s profession. He started to write music reviews and critiques on the website called Bir Zamanlar in 1999. His critiques were published different magazines such as Zip İstanbul, Koara, İkinci Kanal, Caretta, Mezun Life, Popüler Tarih and Bugün, Milliyet newspapers. He has been writing in Milliyet Art since January 2012 and regularly Ses Magazine since December 2014. His music critiques and interviews are published in Milliyet weekend. He also writes in Hayat Müzik and Müzik On Air web sites and his personal blog. He worked as a broadcaster and continuity writer for many years. He worked as the continuity writer and consultant of NTV “Söz ve Müzik” documentary programme. His documentary book about arabesque singer Bergen, “The Woman in Pain:Bergen” was published by Alfa Publishing in September.