After working as a teacher f 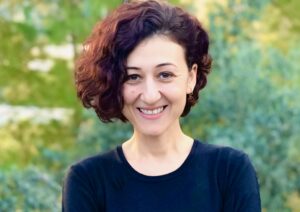 or many years, Özge Bahar is now a full-time author. Her first book was published by the end of 2017. She has nine published picture books. Her bestselling title named “The Hedgehog and the Exhibit” was translated into Italian, Spanish, Catalan, Chinese (both simplified and complex), Korean, Macedonian, and Portugese. Her picture book named Dancing with the Rain was published in French by Rue du Monde and attracted the attention of French media. She lives in Antalya with her two children. She loves to think about stories for kids while she is hiking in the wild