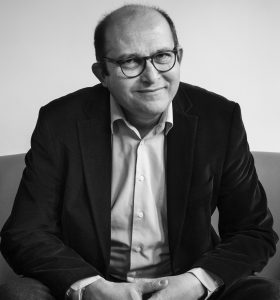 Murat Celep, an Istanbul-based graphic designer, was born in Ankara and graduated from the department of radio and television, faculty of communications, at Istanbul’s Marmara University. His designs have appeared in various publications and internet platforms in Germany, the United Kingdom, France, Japan, and China, including Novum, Etapes, Logolounge, Counter-Print Books, and The Dieline. He has received many professional awards, and in 2012 he was one of thirty designers invited from forty-seven member countries to renew the Council of Europe’s corporate identity. Currently, he creates books for children, while continuing to pursue design work at his Istanbul studio. In 2018, the Type Directors Club (TDC) of New York awarded Murat Celep its prestigious “Certificate of Typographic Excellence” for his Numbers Art series of children’s books.