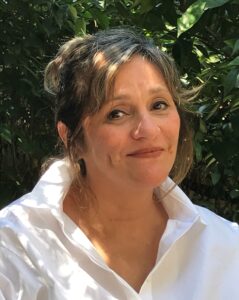 graduated from the Graphic Arts Department of Mimar Sinan University and following her graduation she worked in respectable international advertising agencies as an art director and a creative director. She was nominated for and won awards for these projects throughout the years. She was chosen for IBBY Honour List in 2008 and later in 2020 nominated for ALMA. Her interest in children’s books started even before she became a mother. She has always felt a deep appeal for picture books and therefore she continuously collected many great examples.

Throughout her professional life she’s worked in collaboration with many publishing houses and she illustrated many books with diverse styles according to each project. She also illustrated for special book projects as well; the most interesting of them is an album booklet made for a band with illustrations that were inspired by their songs.

She is now living in İstanbul with her dear old cranky cat Lokum (Turkish Delight) while continuously working on new book projects.