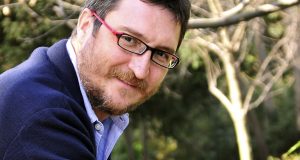 Koray Çalışkan is associate professor of political science at Bogazici University, where he works on Turkish politics. He received his Ph.D. with distinction from New York University, with which he earned the Malcolm Kerr Social Science Award from the Middle East Studies Association. Çalışkan also worked as a columnist on politics in Radikal and BirGün national newspapers and as a program host for Haberturk and +1 TV in Istanbul. He appears frequently on CNN Int, BBC World, ARD and other international networks. His book Market Threads analyzes global markets (Princeton University Press, 2011). He owns a film production company where he directed and produced various fiction and documentary films, including In Flames, a popular political comedy that opened in 200 theatres in Europe. Living in Istanbul, he is married with two children.