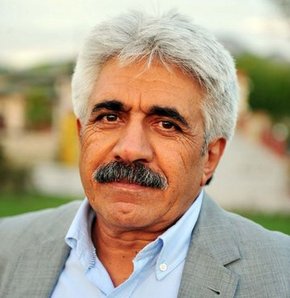 Hasan Özkılıç was born in Iğdır in 1951. In 1974, he started reading at Ege University, Faculty of Business Administration, from which he graduated in 1980. He started writing in the early 70s.

His first short story was published in the newspaper Demokrat Izmir in 1974. After publishing texts in magazines for a long while, his first novel, A Storm of Birds (Kuş Boranı, 1998), appeared. With his book My Heart Has Gotten Out Of Hand (Gönlümün Şirazesi Bozuldu, 2007), he won the Haldun Taner Short Story Award. Erden Kıral directed a feature film entitled Conscience based on the short stories ‘Wounded On One Side’ (from A Storm of Birds) and ‘For the Beautiful Days’ (from Here and There) in 2008. The short film Moto Guzzi was made based on ‘His Name Was Hidden With The Crows’ (from Waiting in Şerul), also in 2008. Özkılıç was the publisher of the Izmir-based magazine Agora from 2000 until 2005.