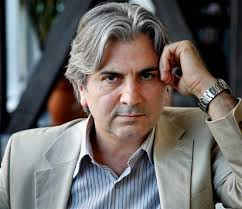 Fırat Cewerî, a contemporary Kurdish writer, was born in Mardin. His childhood years were spent in Nusaybin. In his early twenties, he turned his attention to Kurdish literature. In 1980, he moved to Sweden and since then has been producing various works in the field of Kurdish literature and has been publishing the magazine Nûdem, concerned with contemporary Kurdish literature. Since then, Cewerî, who is focused on the genre of the short story, has also translated many modern works and world classics into Kurdish (such as F. Dostoyevski, J. Steinbeck, A. Chekhov, S. Beckett, Yaşar Kemal, J. P. Sartre, among many others). Since 1987, he has been a member of the Swedish Writers’ Association and board member of Swedish PEN as well as the chairmen of Writers In Exile. His work aims at the wider recognition of Kurdish literature, and he has been responsible for milestones in that direction, such as the two-volume Anthology of Kurdish Short Stories. So far, three of his novels have been translated into Turkish: A Late Autumn (Geç Bir Sonbahardı), I’m Going To Kill Someone (Birini Öldüreceğim) and Lehi. Cewerî continues to live and write in Sweden and Turkey.