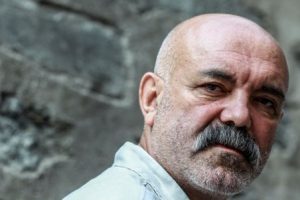 Ercan Kesal is a writer, actor and screenplay author from Avanos (Nevşehir), where he was born in 1959. In 1984 he graduated from Ege University’s Medical Faculty. After years of practicing medicine, he started training in practical psychology and social anthropology. His contemporary stories and articles have been published in Turkish broadsheet newspapers such as Radikal and BirGün; furthermore, Kesal wrote screenplays for Turkish films. He started his acting career in the adventure movie Uzak (“Far Away”), and continued to appear in many movies as an actor or scripwriter, most notably in Bir Zamanlar Anadolu’da (“Once Upon A Time in Anatolia”). 2011 Cannes Film Festival

His latest novel ”Evvel Zaman” is a diary book describing the formation process of Bir Zamanlar Anadolu’da (”Once Upon A Time in Anatolia”) and it was published in 2014 by Ithaki Publishing House.

“Peri Gazozu” is a collection of stories about the simplest and yet most enchanted and enchanting aspects of life – living and dying, growing pains and the frustrations of ageing, the sometimes difficult but ultimately loving relationships within a family – told through the eyes of a many various characters. His novella genre book ”Granted, We Are Willing” was published in 2015 by İletişim Publishing House. “Mirror of Gin” was published in 2016 by İletişim Publishing House.