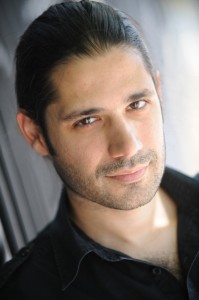 Doğu Yücel was born in 1977 in İstanbul.

He won prizes in the Gençlik Bookshop Short Story competition in 1997 and in the  Nostromo Short Science Fiction Story Awards in 1999. In 2003, he published  Düşler, Kabuslar ve Gelecek Masalları (Dreams, Nightmares and Tales of Future) a selection of his phantasy, horror and science fiction stories.

In 2003 his first novel, Hayalet Kitap (The Ghost Book), was published. Since 2001, he has been working as an editor in Blue Jean youth and music magazine. Yücel also wrote the screenplay for two feature films; Okul (The School) and Küçük Kıyamet (The Personal Apocalypse). In September 2011, his third book, Varolmayanlar (The Nonexisting) was published. His latest book The Sun Thieves (Güneş Hırsızları) was published in 2014.