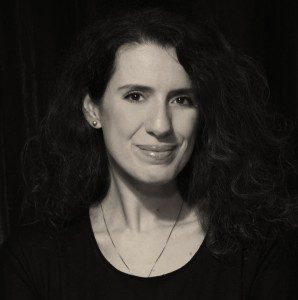 Cigdem (Alkang) Kaplangi is a Turkish writer and translator of picture books and novellas for children. She was born in Turkey but lived in five different countries growing up. Cigdem went to primary school in Costa Rica, Turkey and Ghana, graduated from the prestigious Robert College high school in Istanbul, and received her university degree from Bard College in New York. While majoring in psychology at Bard, she also focused on Latin American Literature and studied translation techniques with the late William Weaver, a professor of literature and English language translator of Italian literature, who is best known for his translations of the work of Umberto Eco, Italo Calvino and Primo Levi.

Cigdem has written for various magazines and newspapers in Turkey, worked as a copywriter in advertising agencies, wrote lyrics, and translated plays and books from English. She lives in Edinburgh with her husband and twin children.