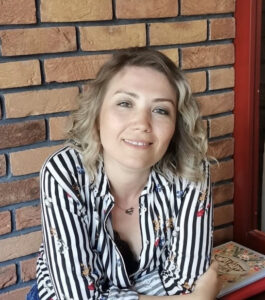 Gökçe Gökçeer grew up in Ankara and studied philosophy. After graduation, she decided to work as a proofreader just because she was furious with all those misspellings in the texts that she came across. As a passionate follower of children’s literature, she began writing reviews for this field in several websites, blogs, magazines and columns. Her first picture book series Pöti which is about a real shelter dog is published in 2015 and became a bestseller in Turkey. She is also a children’s books editor in a publishing house. Gökçeer has six children’s books published so far. She lives in İstanbul with her daughter and two cats.