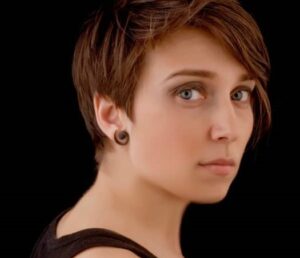 Burcu Aktaş was born in 1980. She studied Anthropology at Istanbul University. She worked as the editor of Radikal Kitap for many years. Together with Ümit Kıvanç and Ender Özkahraman, she shot the documentary Kızlar ve Kökler (Girls and Roots). She is one of the screenwriters and producers of the film Yemekteydik (We Were Out to Eat) and Karar Verdim (I Decided), directed by Görkem Yeltan. She is currently working as the publishing director of Çınar Press, based in Istanbul, Turkey. Her children books are the following: Çarpık Ev ([Crooked House] 2012), Durmayalım Düşeriz ([We Will Fall If We Stop] 2013), İstasyonda Vals ([Waltz at the Station] 2014), and Vahşi Şeyler ([Savage Things] 2019).