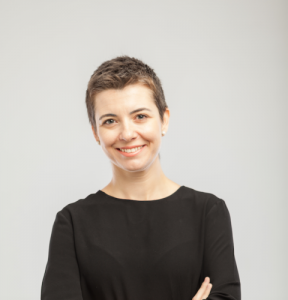 She was born in Berlin in 1982. After a year, she came back to Turkey and grew up in a small town. She studied Turkish Language and Literature and finished her master at the same department. She had been working as a creative director in advertising sector. She is the writer of Dedemin Bakkalı and Dedemin Bakkalı-Çırak.