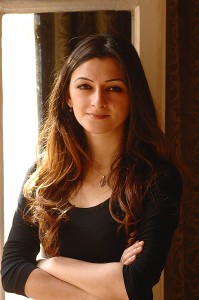 Seray Şahiner, born in Bursa in 1984, grew up in Istanbul, where she studied journalism until 2007. Whilst a student she worked for the culture magazine Hayvan and was a member of the editorial staff of the literary magazine Aylak. She also co-published the fanzines Kaygan Zemin and Kara Kutu. She has worked as a correspondent for Marie Claire and the newspaper Birgün and has also written television screenplays. Her short stories attracted much attention during the Yaşar Nabi Nayır Short Story Competition organized by the Varlık literary magazine. Her latest novel Kul has received Orhan Kemal Novel Prize in 2018.