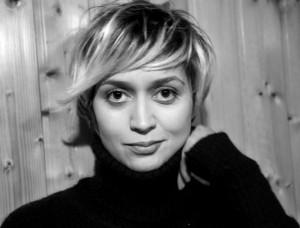 Nermin Yıldırım Nermin Yıldırım graduated from the Faculty of Communication Sciences Press Department at Eskişehir University. She began her professional life as a journalist, editor and columnist for various newspapers and magazines. Her first novel, Unutma Beni Apartmanı (The Forget Me Not Building) was published in 2011 (DK-hep kitap, 2017). It was followed in 2012 by Rüyalar Anlatılmaz (Secret Dreams in Istanbul) (DK, 2012-hep kitap, 2017), Saklı Bahçeler Haritası (The Map of Secret Gardens) (DK, 2013-hep kitap 2018), Unutma Dersleri (Lessons in Forgetting) (DK, 2015-hep kitap 2020). In 2017, her novel Dokunmadan (Before Making My Mark), published by hep kitap, was awarded the 2017 World Book Original Language Novel of the Year Award. In 2018 her latest novel, Misafir (The Guest) published by hep kitap, was selected for the Books at Berlinale programme, run in conjunction with the Frankfurt Book Fair, for adapting into a film based on a literary work for the Berlin International Film Festival.
Yɪldɪrɪm, whose novels have been translated into Spanish, English, Chinese, Serbian, Bulgarian, Arabic, Polish, Azerbaijani and Macedonian, has taken part in several international guest writers programmes. In the winter of 2013 she went to Cologne as the first Turkish writer invited by the Cologne Culture Department. She spent the autumn of 2015 in Shanghai as a guest writer of the Shanghai Writers’ Association.
Her short stories have been published in a large number of anthologies, the most prominent being Murathan Mungan’s anthology of short stories Kadınlar Arasında (Amongst Women) (Metis, 2014).
Her latest novel, Ev (Home), was published in November of 2020.

"Without A Touch", Albanian, Dritan Editions, 2021