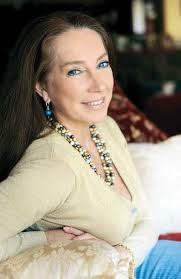 Nermin Bezmen is an accomplished artist, art teacher, yoga instructor, and broadcaster whose meticulous research into family history led to the publication of Kurt Seyt & Shura in 1992. This fictionalized account of her grandfather’s life became an instant bestseller and is now considered a masterpiece of contemporary Turkish literature; in fact it has reached textbook status in several secondary schools and universities. It is also adopted to tv series and reached to millions all over the world, other than being translated to twelve languages.
Exquisite detail distinguishes her writing as she proves that truth in indeed stranger than fiction and that our ancestors call out to us from the pages of history. Her powerful character analysis and storytelling skills invite readers to explore their own dreams, sorrows, anxieties, and even fleeting fancies.Bezmen who has published twenty-one, most of them bestseller books, including two biographical, one fantasy, a children’s novel, a collection of short stories, and a book of poems, also gives almost a hundred speech each year on topics such as; women, children, human rights, immigration, love, sacrifice, environment, history. She has two children and three grandchildren and lives with her husband actor Tolga Savaci, in New Jersey and İstanbul.