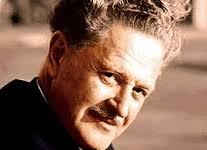 Nâzım Hikmet, also known as Nâzım Hikmet Ran, was born in 1902 in Salonika, Ottoman Empire (now Thessaloníki, Greece) and died in 1963 in Moskow.

He was one of the most acclaimed Turkish poets and novelists, as well as a playwright, and memoirist, considered to be one of the most important and influential figures in 20th-century Turkish literature.

Nazım Hikmet grew up in Anatolia; after briefly attending the Turkish naval academy, he studied economics and political science at the University of Moscow. Returning from Moskow to Turkey as a Marxist in 1924 after the advent of the new Turkish Republic, he began to work for a number of journals and started Communist propaganda activities as well as joining the Communist Party of Turkey. Described as a “romantic communist” and “romantic revolutionary”, he was repeatedly arrested for his political beliefs and spent much of his adult life in prison or in exile.

On 22 November 1950, the World Council of Peace announced that Nazım Hikmet Ran was among the recipients of the International Peace Prize along with Pablo Picasso, Paul Robeson, Wanda Jakubowska and Pablo Neruda. He left Turkey in 1951 and from then on lived in the Soviet Union and eastern Europe, where he continued to work for the ideals of world Communism.

Hikmet died of a heart attack in Moscow in 1963. The first modern Turkish poet, he is recognized around the world as one of the great international poets of the twentieth century.

"Human Landscapes from My Country: An Epic Novel in Verse", English, Persea Books, 2002

"Why Did Benerci Kill himself?", Macedonian, Bata Press

"Human Landscapes from My Country", Urdu

"Human Landscapes from My Country: An Epic Novel in Verse", Dutch, De Geus

Anthologies Which Include Nazım Hikmet’s Works: