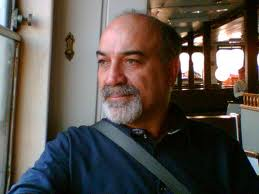 Mehmet Ünver was born in İstanbul in October 1956 as the fifth son of a large family. Mehmet Unver spent most of his life in this inspiring city, except for a two-year stay in the USA to complete his education. His childhood memories of Istanbul always gave him the perfect inspiration.

He started to write poems and stories at an early age. His first novel was published in January 2002 under the title A Raven Summer. The novel was welcomed by Turkish readers and critics with praise and enthusiasm. It became so popular that a sequel was called for, and was subsequently published in 2003. Mist is Ünver’s second novel.

Two years later, his third novel (also based on a true story) was published with title Red Light District in July 2005 and all copies were sold out in a single week. The slogan of this novel is: “If there are 6.5 billion human beings in the world, that means that there are billions of sexual fantasies.”