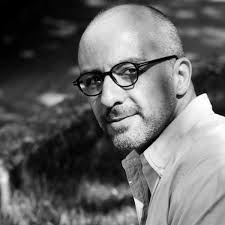 Hikmet Hükümenoğlu was born in 1971 in İstanbul. He studied at Robert College and Boğaziçi University, and graduated from the MBA department of Koç University. He worked at various investment banks and equity houses as an analyst and a senior manager.

He left the finance sector in 2004. Since then he continues to live his life writing and making music. His first book Snow Now was published in 2005. His other books, The Book of Small Lies and Cabin Nr. 47, were published in the following years. His latest book 04:00, An Istanbul Nightmare was published in 2012.