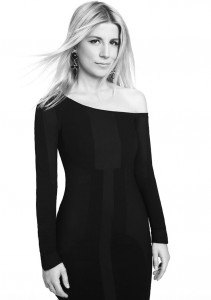 Hacer Yeni was born in Trabzon. After finishing Kültür Koleji, she studied English Language and Literature at Marmara University. She also obtained her MA. Degree in Political Science and International Relations at Marmara University. Her finishing project was answering the question: “Is Foucault a friend or foe of feminism?” After giving lectures on English language and culture at Yeditepe University for five years, she changed her area of career and got into the media. She worked at ELLE Turkey both as a reporter and an editor for three years. She also worked as a columnist for the daily newspaper Milliyet, Cadde. Her first book “Make a Wish” was published in 2011 whereas her second book, “Lovers Residence, Sinful Stories in İstanbul”, a collection of stories, was released in 2013. Her last work, “And The Cranes Were Flying Away” was published in 2014.