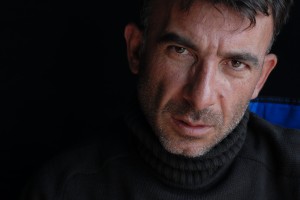 İbrahim Altun was born in 1969 in Tatvan, on the shores of Lake Van in Eastern Turkey. He graduated from the Faculty of Japanese Language and Literature of the University of Ankara in 1990. He worked as a Japanese translator and guide while he wrote his novels.

He also wrote the screenplay of Hot, which was made into a movie directed by Abdullah Oğuz in 2008.