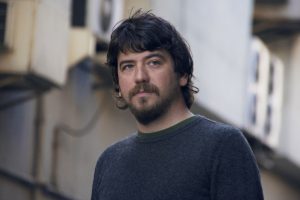 Hakan Bıçakcı was born in Istanbul in 1978. After completing his primary and secondary education in Istanbul, he went to university in Ankara in 1996. In 2001 he graduated in economics from Bilkent University and returned to Istanbul. His first novel, “Romantic Fear” published in 2002. His articles on literature, cinema and popular culture have been published in various magazines and newspapers. He has written short stories for various literature magazines and collective books. Hakan Bıçakçı was awarded the 2020 Cevdet Kudret Literature Award in the field of stories for his book ” Keep Breathing Normally”.