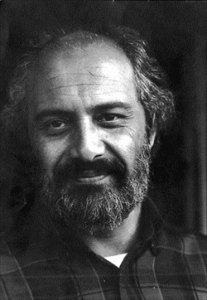 Enis Batur was born in 1952. He is one of the most prolific writers of Turkish literature. To date, he has published nearly one hundred titles on almost all elements of culture, ranging from the arts to politics and from literature to music.

In 1970, his first essay was published, and in 1973, his first books were published. He worked as the Publications Office Director of the Ministry of Education (1979-1980), the director of the cultural affairs and publications department of the daily Milliyet newspaper (1983-1984), the editor-in-chief of Milliyet Büyük Ansiklopedi (1986) and Dönemli Yayıncılık (1987-1988) in addition to working as the Board of Directors’ Chair of YKY, one of the biggest publishing houses of Turkey, for seventeen years.

With his poetry he won the Cemal Süreya, Altın Portakal and Sibilla Aleramo awards, and his essays brought him the TDK (Association of Turkish Language) prize. Currently, Batur gives lectures at the Galatasaray University.

"Travelling Through The Other's Mirror", English

Anthologies Which Include Enis Batur’s Works: