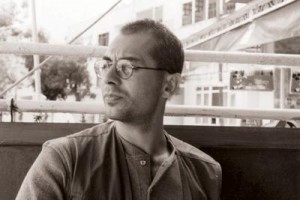 Ali Teoman (1962 – 2011, Istanbul) studied architecture at Mimar Sinan University of Fine Arts and Sorbonne University’s Faculty of Fine Arts. From 1989 until 1993 he lived in Paris and London to work and study. During that time, he also performed as a street artists among other things. After he returned to Istanbul in 1993, he stopped working as an architect in order to spend more time on writing and started working as an English lecturer at various universities. He translated his novels Café Esperanza (Café Esperanza, 2010) and On The Threshold (Eşikte, 2008) into French and they were subsequently published in France. Ali Teoman died from the effects of a heart attack on 23rd March 2011.