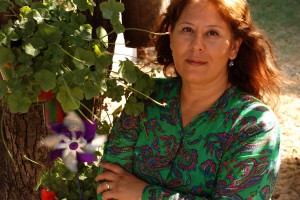 Filiz Özdem (Bakkalbaşı) (born Istanbul, July 19, 1965) after graduating from the Istanbul-Italian Lycee, completed her undergraduate studies in the Philosophy Department of the College of Literature, Arts and Social Sciences at Istanbul University and then continued in a graduate program in the same department.

She is the author of nearly twenty catalogue entries about painters, published by the presses of the Maltepe Art Gallery, the Milli Reasürans Art Gallery, the Sevimce Art Gallery and Artisan Art Gallery. She has also translated the works of Pier Paolo Pasolini, Luigi Malerba, Italo Calvino, Edmondo de Amicis and Carlo Collodi into Turkish. She has also prepared monographies of several Turkish cities and is one of the prominent writers in children’s literature.