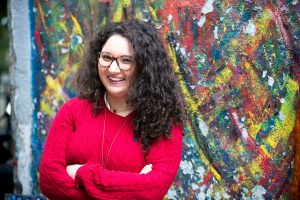 İrem Uzunhasanoğlu was born in 1983 in İstanbul. She studied English Literature at İstanbul University. She took her International Teaching Certificate from Cambridge University and got her Master’s Degree on Education at The State University of New York. She taught English Literature classes at Işık High School and American Robert College. Her first short story was published in Varlık Magazine. In her first novel, “Gitme Gül Yanakların Solar” (2015) she wrote about the population exchange between Turkey and Greece in 1920s. She wrote “365, Her Güne Bir Yazı” (2016) in order to support the creative writing and critical thinking. She translated Spencer Holst stories collection into Turkish under the name “Magician’s Daughter”. İrem Uzunhasanoğlu currently lives in İstanbul, working on her novels, writing articles for newspapers and literary magazines. She is the owner and the editor of the web site; Mevzu Edebiyat. She is also a doctorate student in English Language and Literature at İstanbul University. Her second novel will be published in 2018.