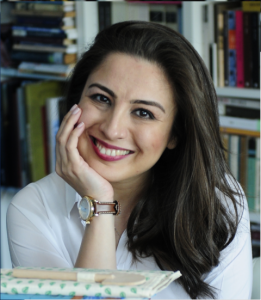 She was born in Istanbul in 1983. After studying physic in university for a while, she started to pursue her career in publishing. In 2002, she has begun to work as an editor in science and technique. She started to work behind the books. She had been working as an editor, translator, reporter, publishing director in many magazines, journals, and publishers. She established Taze Kitap which has publishing children’s books and magazines in 2007. Beside she is publishing director, she is studying sociology as a special student in Bogazici University. She is the writer of Bay Ka Buk ve Ejder, Uyuyamayan Koala, Istanbul’da Bir Gün, Kudüs’te Bir Gün, Meraklı Uğur serial, Yeşil Günlük, Hayvan Atlası, Kafası Değişikler Atlası, and the translator of Hepi Topu Bir Tekir, Yolculuk ve Sarılalım mı.