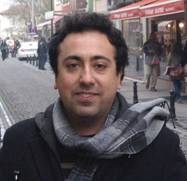 Nihat Keleş was born in 1982, Hatay. He got authourship and acting trainings in the conservatory of Müjdat Gezen Art Center. He has written the scripts of many series, films, introduction and commercial films. Besides, he is one of the dramatists in Turkish States Theatres. Since 2005, he has worked in the domestic and international production companies, under the title of copywriter-scriptwriter. He is the founder of an “artificial intelligence” called EDATT which was designed by the Middle East Technical University engineers and Boğaziçi University pedagogs in order to be used in the field of education. Ensuing his fantastic fiction TV series Gaia written in 2009, he wrote the URAN serial of his fantasy fiction novel GAIA-URAN. Nowadays, he works as an editor in one of the most leading TV channels of Turkey.