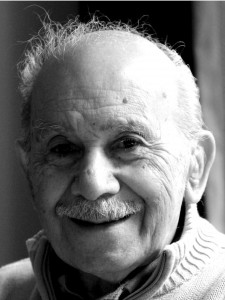 Vedat Türkali, whose real name is Abdülkadir Pirhasan, was born in Samsun in 1919. He graduated from İstanbul University Department of Turkology. He worked as a literature teacher in Maltepe and Kuleli Military High Schools. He was arrested as he was accused of conducting political activities in 1951. He was sentenced to nine years imprisonment by the military court. He was released conditionally seven years later.

Vedat Türkali became known for his confidential poems (especially the ‘Istanbul’ poem) that were distributed among revolutionist circles of art for the first time in the period of heavy oppression between 1944 and 1950.

After 1958, when he was released from prison, he worked in the film industry. He wrote over 40 film scripts and directed three films. He would write the scripts under the pen name Vedat Türkali. His efforts in the film industry have a distinctive place in today’s Turkish Cinema and in the establishment and development of young Turkish Cinema. He also wrote for the stage.

Vedat Türkali was the director and member of the Turkish Writers Union and Peace Association. His first novel, One Day Alone, was published in 1974. This novel was welcomed with enthusiasm as it transferred cinematographic features into the novelistic form without making a concession to Türkali’s artistic and literary points of view. Türkali displays the depressive deadlock of Turkish intellectuals before the 1960 coup d’etat in One Day Alone.

His second novel, Blue Darkness, was published in 1983 and followed by Turkey That They Call A Film Set, a work that can be regarded as a turning point for the Turkish Novel. In this work of his, Türkali confronts readers with the bittersweet adventure of a Turkey that is full of contradictions. Where Does This Ship Go (1985), which is a compilation of his prose, interviews, investigations. One-Person Death was published in 1990. He wrote his two-volume novel Trust, which is about the history of Turkish Communist Party and reveals Turkey’s political structure during the Second World War, in the following ten years. In Lost Novels (2004), he narrates the Turkey of the 1990’s from the viewpoint of a retired doctor who returns to his country from political exile. Cafe of Perjurers (2009) draws political panorama of the seventies’ Turkey and tells a love story in the meantime. Ended Ended Not Ended (2015), in which an old political prisoner’s path crosses with an Armenian woman, is his last novel that contains plenty of historical knowledge.

Vedat Türkali won many awards with his scripts, plays and novels. He won the 1974 Milliyet Newspaper Novel Award and the 1976 Orhan Kemal Novel Award with One Day Alone and the 1970 TRT (Turkish Radio Television) Art Award with Branches Should Be Green.